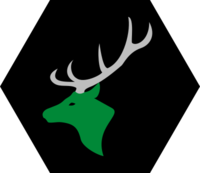 The Foresters balance a respect for the natural world with a need to get the job done; they are the hunters, the game wardens and everyone else who works the wilder lands and makes them into something protected and valued by ‘civilisation’. As such, while some of their values are similar to those held by the Druids, they are tempered in part by pragmatism and the work they are ultimately hired to do.

Foresters act as a liaison between the Druids, the more civil greenskins, and everyone else, keeping the peace between the three groups. They also strive to keep the trails and passes clear and safe, protect farmers and loggers from wild animals (and vice versa), and generally keep the boundaries between civilisation and wilderness as friction-free as possible. Unofficially, they also act as a first line of defence and/or warning system when something comes up that could really do with the attentions of the Defenders or the patrolling system.

A starting character can join the guild immediately.

A non-starting character must prove they can adhere to the guild requirements; this will take a minimum of 5 ranks where they must have no guild affiliation. The Character Ref will decide if/when they are ready.

A member of the Foresters must: