The Committee are in charge of all the organisation of the club, from persuading new people to join to booking sites for the 36hrs and from helping organise IC meals to booking traders. Elections happen in the Spring; the AGM is usually added to the 24hr so as to allow as many of our far-flung members to come and have a say.

Over the course of the year a number of Committee meetings are held to discuss issues and make arrangements; in any situation that needs a vote, all members of the Committee have an equal say (i.e. one vote each). Each Committee role has its own special tasks and responsibilities listed below.

More information on the structure and current members of the Committee can be found below; you can also find out about past Committee decisions via the Minutes, the ongoing state of the club’s Finances and Actions that the Committee is in the process of undertaking.

Always on the look-out for the perfect scene, Doug’s long experience in theatre underpins his LARP and it shows. He’s also had plenty of experience at cat-herding as the player of one of the two PC Defender Overcaptains in the Kingdom of Exiles. 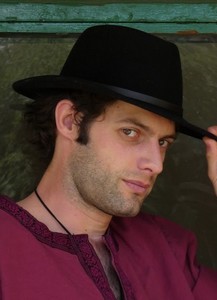 Even in the middle of a global pandemic Phil is one of the club’s more enthusiastic and prolific GMs; no longer able to run actual LARP, he helped the Character Ref write a TL-to-Tabletop conversion ruleset then promptly ran several games with it. His willingness to pitch has manifested in giving the Committee a go this year; given the other thing Phil is known for is Unexpected Shenanigans, this could be interesting…

Hannah’s greatest qualification for the role of Secretary is her ongoing ability to produce Educational Pamphlets on a variety of subjects in a remarkably short period of time – well, her alter-alter-ego A. Watermage does at any rate. When not committing a variety of shenanigans In-Character (including Spontaneous Kangaroo Disguises) Hannah can be found committing Science! and collecting Danger Noodles.

Ponies! Well, unicorns – Amy is a bubbly little ball of glee wrapped up in a responsible adult costume, with a love of pink and cute and unicorns and bats and pretend stabbing. She plays amongst others Smyrna, the Amazon’s Amazon, and Glamoria, the bubbliest half-orc Paladin in the world, which may give you some idea of what she’s capable of… 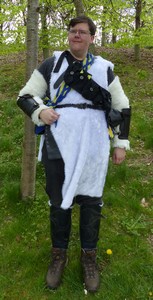 When it comes to pulling together odd character builds, researching unusual spells and testing the boundaries of casting lists, James is certainly one of the club’s go-getters. He also has a knack for helping out when other GMs get out of their depth, and tries to keep games fun by whatever method suits the style.

James is also entirely responsible for, although not the creator of, Trader Joe. If this doesn’t fill you with fear yet it’s only a matter of time…